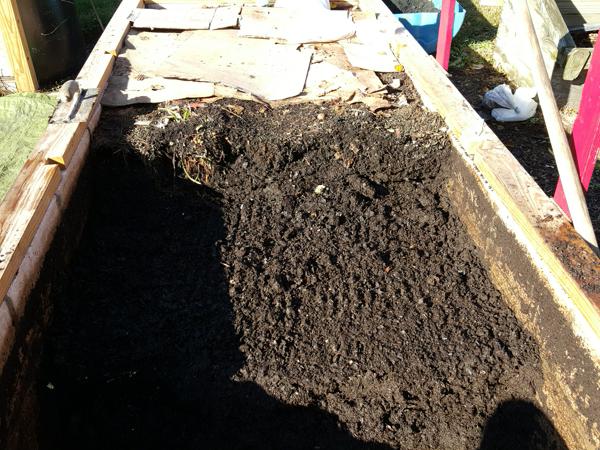 The challenge of poor soil led me to study and learn. What I found was much said about the benefit of worms and worm compost. Worms have the ability to process large volumes of plant matter and reduce it to a nutrient rich substance that consists mostly of plant food. It is a complete complex of plant nutrition that is immediately available to the plant. In addition to providing basic elements for growth, worm compost enables plants of many varieties to flourish. It enables disease and insect resistance.

To illustrate how this works out with daylilies: I had been entering plants in the Richmond Area Daylily Society's flower show with no purple ribbons. I could see that grooming could not produce a perfect scape of blooms. I could see how the plants displayed a wide range of cultivation effects. The plants on the head table with the top awards were all well grown, evidenced by rich color in the plant and bloom, no evidence of plant stress or insect damage.
In 2014 I entered plants that had been grown in soil rich with worm compost. Most of my plants looked poor, but the plants in worm compost were deep green, the scapes had no flaws, and the blooms were perfect. I took those to the show. I did little grooming of the scapes, still not aware that my plants were so good.

To my astonishment, in 2014 they awarded my plants Best in Show, Best Large Flower, Best Extra Large Flower, and the Ed Jordan award for Best Orange. Two flowers got four top awards. Suddenly I had admiration from the daylily community. But when asked, I did not yet understand that it was the worms that did it. This dawned on me in the weeks following the show. This taught me that I should get worm compost going in all my beds.

Again in 2015 I took plants grown in worm compost. Three made it to the head table with little grooming. This time I was not so surprised. 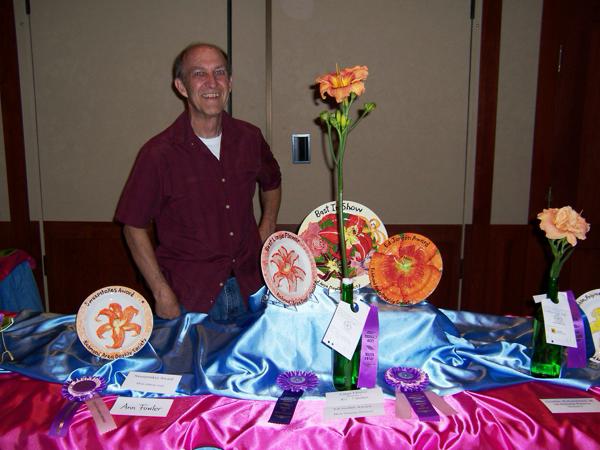 2014 Richmond Area Daylily Society Flower Show One flower won three awards, Best in Show, Best Large Flower, and a club award, The Ed Jordan Award for best Orange. The plant, Tiger on Stilts, was new in my garden during the summer of 2013. The bed it put it in was not performing well, so I put a gallon of worm compost in the soil for this plant and did the same for several others that were new. All of my blue and purple ribbon show plants were in this group that received a large volume of worm compost. They also got some lime and fertilizer. 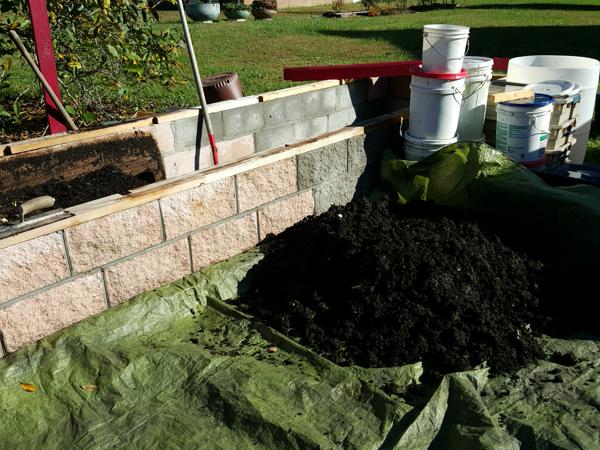